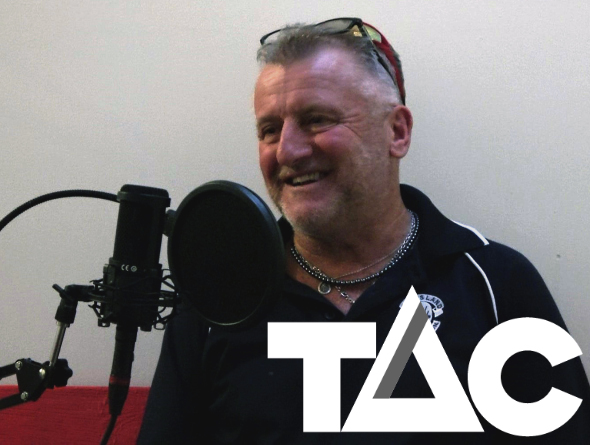 Micky D has lived a remarkable football journey and he joined us to share some of his favourite memories and stories. Growing up in the remote community of Cora Lynn in West Gippsland, Michael was part of his home town’s first-ever stand-alone senior premiership in 1986. Following his decorated playing career, he’s given back to the game he loves, both as an umpire and also as a junior recruiter for his beloved Cora Lynn.

As an umpire, Michael’s short stature, quick wit and big personality have led to him being referred to as the ‘Razor Ray’ of country footy. We spoke about the things he loves most about umpiring – the highs, the lows and some of the funny moments he’s come across with whistle in hand.

The highlight of the episode for me, was when Micky D shared his groundbreaking Sudanese refugee youth development program with us – a program which recently saw Michael nominated alongside the great Neale Daniher for the Victorian Australian of the year. This amazing program may just change the way people think about junior recruiting moving forward.

Micky D is a local legend in both footy and umpiring circles, a great story-teller and I had a ball recording this episode. Enjoy…