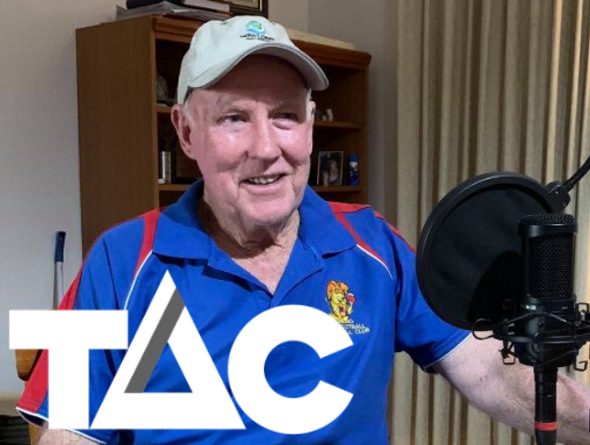 When it comes to longevity in volunteering, Buck Howard might just take the cake. A member of the Hay FNC committee for 54 consecutive years, Buck was president for a staggering 31 of those years – making him the longest-serving club president we’ve met through this series thus far.

Buck and his wife Robyn joined us for a chat to share their journey – one that has seen ups and downs such as struggles to find a league to play in, premiership success, family challenges, as well as awards such as the VCFL Volunteer of the Year and an Order of Australia Medal.

Despite all the awards and accolades, Buck noted the construction of his club’s community-built clubrooms as being one of his fondest memories in his time in football – a true sense of community spirit and an indication of the respect he has for his fellow volunteers.

A genuine icon of Australian Rules Football, Buck‘s passion for his club and community is as impressive as I’ve ever experienced and it was a privilege to have the opportunity to listen to some of his perspectives on life and football.